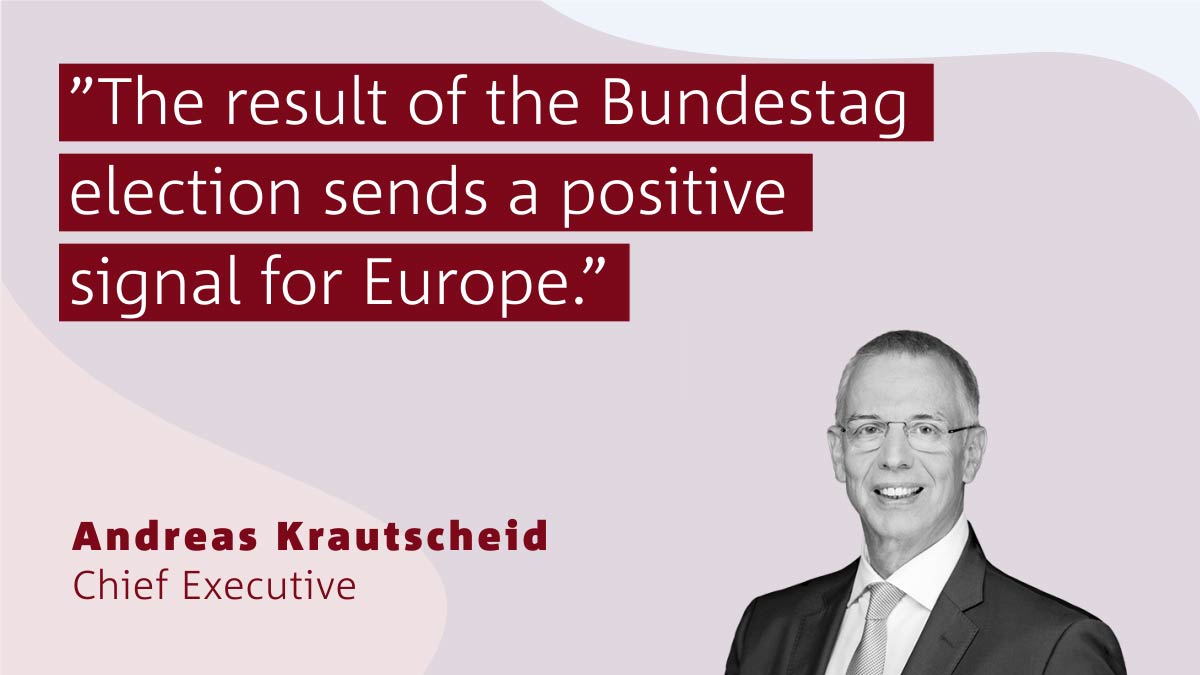 ”The result of the Bundestag election sends a positive signal for Europe: all parties now in the running to be in the next government are pro-European. We are likely headed for a three-way coalition at federal level. Time is nevertheless of the essence: what we need as quickly as possible is an alliance to tackle the challenges of the future. Especially with the EU’s international competitiveness in mind, the new federal government must position itself firmly in and for Europe: for a strong single financial market; for the completion of capital markets and banking union; and for the ecological and digital transformation of the European economy”, said Andreas Krautscheid, Chief Executive of the Association of German Banks.