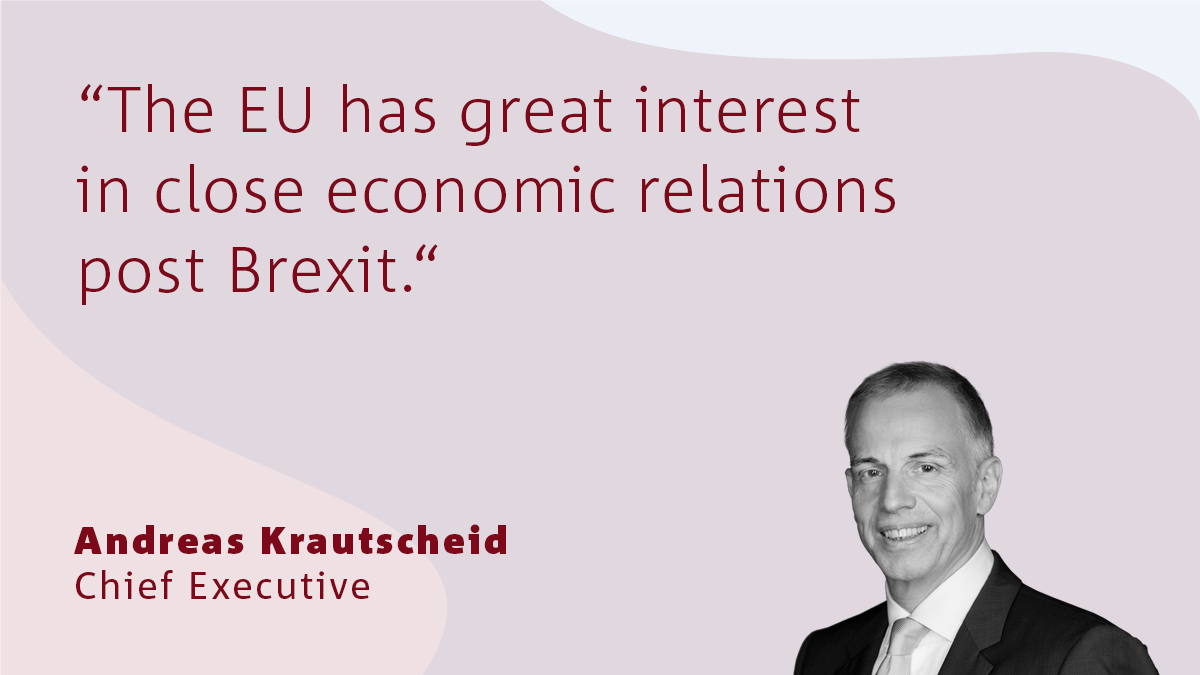 ‘Cliff edge’ Brexit is irresponsible in the corona era: BdB calls for progress and clarity in the negotiations in a new position paper

“The high-level meeting between the EU and Boris Johnson this week has not brought about the necessary breakthrough in the frustrating Brexit negotiations, despite reassurances from all sides,” said Andreas Krautscheid, Chief Executive of the Association of German Banks. A ‘hard’ separation, according to Mr Krautscheid, is a significant risk for market and financial stability. Both the EU and the UK have great interest to ensure reliable market access and a financial dialogue relying on a sound legal framework. “These issues need to be settled, otherwise there will be massive consequences for banks, businesses and the security of financial markets, particularly under the current corona-circumstances”, warns the Chief Executive.

The Association of German Banks’ new position paper sets out its calls for future cooperation between the European Union and the United Kingdom in the financial sector. In the BdB’s opinion, given the stagnating negotiations with London, the only way to guarantee the smooth transition for financial services is through an agreement on a free trade agreement and complementing equivalence decisions. Equivalence decisions ensure future market access in specific areas and hence market stability. Despite time running out, there is currently no progress on either.

The complete position paper is available at en.bankenverband.de.