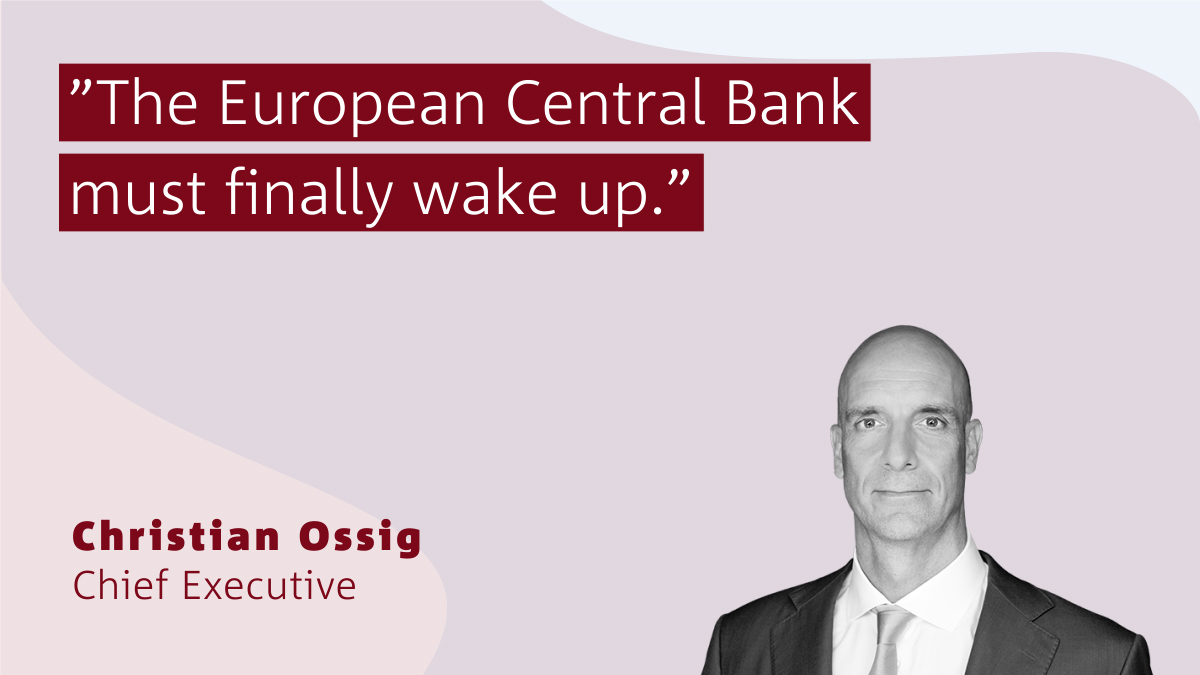 Economic forecast: war in Ukraine will leave significant scars on the German economy

The economic outlook by the chief economists of Germany’s private banks is subject to considerable uncertainty this spring. “Russia’s shocking attack on Ukraine will leave significant scars on the German economy. How deep they will be is impossible to predict at present,” said Christian Ossig, Chief Executive of the Association of German Banks, when unveiling the association’s spring forecast.

For the first half of 2022, the private banks now expect economic growth to be extremely weak. Before the start of the war, it was forecast that the economy would pick up again in spring. “The main drags on the economy are sharply rising energy prices and once again worsening supply bottlenecks. If, as is to be hoped, the war in the Ukraine does not escalate further, we anticipate economic growth of 2.2 per cent overall in 2022. However, half of this growth is based on statistical effects from last year,” Ossig added. “The present economic situation is therefore much more sobering than it appears at first glance.”

The private banks are very concerned about the rapidly rising prices in the euro area as a whole. “We expect inflation to rise above 7 per cent in the coming months. This is the highest it has been for 40 years. And we expect prices to go on rising significantly in the coming years.”

“The European Central Bank must finally wake up. We’ve been calling for an end to negative interest rates for years. Given the dramatic inflation trend, the negative rate policy must be terminated before the end of the year. We need a clear road map for this now,” said Ossig. That would also be a clear signal for wages policy and for the capital markets to reduce possible risk premiums.

The association’s economic forecast is conducted every six months and is based on a survey of the 15 chief economists of private banks who make up the Economic and Monetary Policy Committee.

In Part 2, which starts at 12 noon, Maya Atig, CEO of the Fédération Bancaire Française, and her Italian counterpart Giovanni Sabatini, General Manager of the Associazone Bancaria Italiana, will discuss with Christian Ossig the current developments and their implications for the strategic autonomy of the European Union.

The members of the committee are